A year after the passage of a sweeping law that capped deductions on state and local taxes — hitting homeowners hardest in places like New York, New Jersey and Connecticut, where state income and property taxes are among the highest — brokers from low and no-income-tax states like Florida are racing to get the word out about how rich the savings are in their markets, above all for top earners. 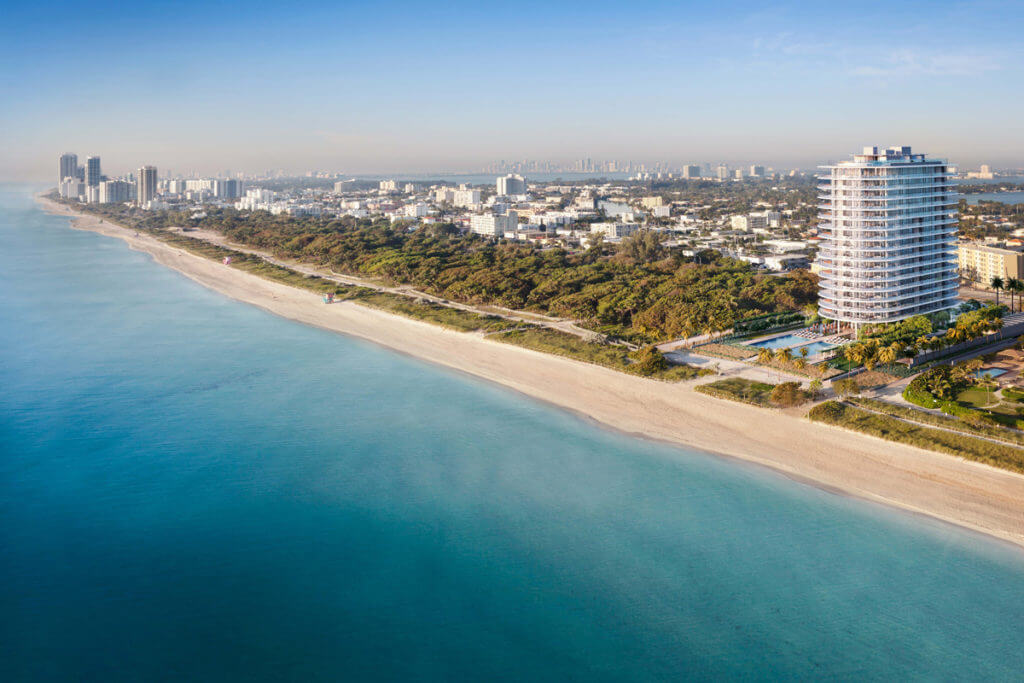 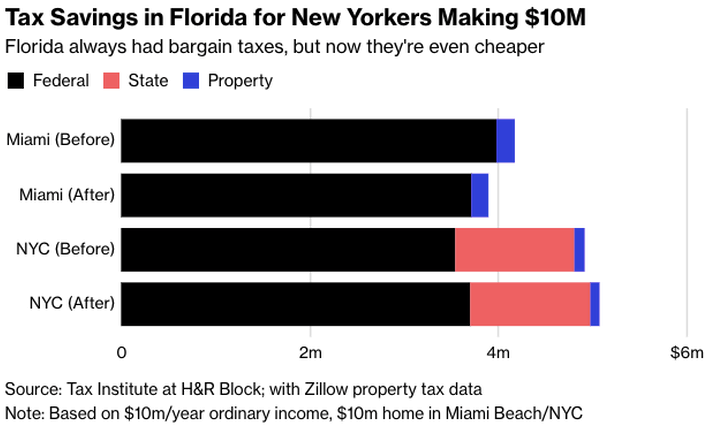 Even for that kind of money, it’s not clear how many would leave the centers of finance and technology for sunny Florida, or whether there would be enough to replace wealthy Brazilians, Venezuelans and Argentines who have seen their purchasing power eroded by weak currencies and economic crises. In 2010 and 2011, the Brazilian real rose to almost 1.5 to the U.S. dollar. Now it’s fallen to about 3.7 to the dollar. 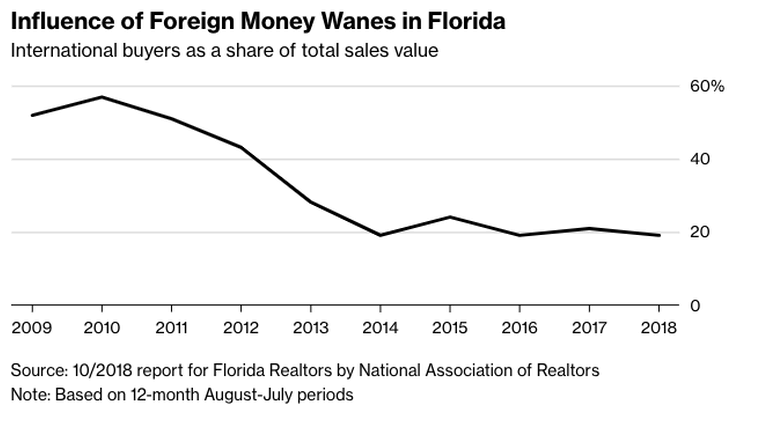 At an October event held at Long Island’s Omni office complex, de la Vega’s firm feted guests with franks en croute, white truffle potato croquettes, an open bar — and a presentation on the tax advantages of moving to Florida. De la Vega said he is also doubling digital advertising in the Northeast. He said every brokerage in South Florida is actively courting potential tax migrants or planning to.

Jay Phillip Parker, chief executive officer of Douglas Elliman Real Estate’s Florida operations, held his own tax-related event in Long Island in April called Destination Florida. Even if it’s not the primary factor, he said tax reform was a “trigger” for many wealthy Americans considering a move to Florida.

“If you’re looking at an ultra-high net worth individual or a very high-income employee, if they can make the move, there are real benefits,” he said.

Condo developers also are pitching the advantages of the Sunshine State. Missoni Baia developer Vladislav Doronin has been inviting tax advisers to his events around the country, and he hosted a tax reform panel at his Miami sales offices in February. Tavistock Group, the development company behind Lake Nona in Orlando owned by billionaire Joe Lewis, has a one-page handout on Florida’s tax and payroll advantages for companies and their employees, according to Rasesh Thakkar, senior managing director.

There are early signs the efforts are gaining traction. Sales prices for Florida luxury homes rose 5 percent on average in the third quarter from a year earlier and have outperformed the U.S. luxury average for four straight quarters, according to data compiled by Redfin. The number of home sales for the priciest market segment rose 6 percent in those three months from the year-ago period, even as they shrank 0.7 percent nationally.

The outperformance came against the backdrop of rising mortgage rates and already-daunting prices in much of America. 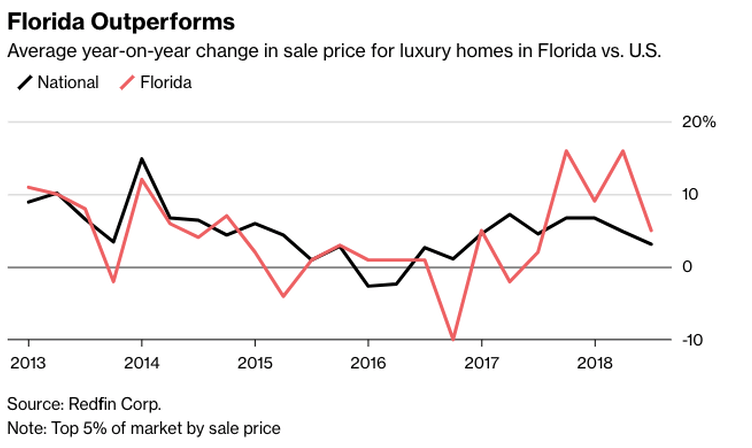 Still, it’s far from the Great Tax Migration some had predicted. While it’s too early to have official data one way or the other, there’s no consensus that a wave of American millionaires is actually willing to move over taxes.

Conservative economists Arthur Laffer and Stephen Moore — of Laffer Associates and the Heritage Foundation, respectively — predicted in the Wall Street Journal this April that New York and California alone would lose 800,000 residents to tax-related migration over three years.

Cristobal Young, a Cornell University sociologist and author of “The Myth of Millionaire Tax Flight: How Place Still Matters to the Rich,” wrote in an email that modest tax changes have “very small effects” on millionaire migration. His book shows that billionaires are more likely to die than change their primary place of residence.

But Young also found that Florida is the most successful of the zero income tax states at attracting millionaire migration — by far. If you strip Florida out of the national data, evidence of rich people moving from high- to low-tax states essentially disappears, he found.

That could mean Florida simply has more attractive weather and golf. Alternatively, he wrote, it may mean that Americans only need one tax haven, and Florida, having seemingly won the competition, now benefits from a critical mass of wealthy people who are innately drawn to one another.

Either way, the crowds in Long Island suggest the Sunshine State has something going for it.

“You now have a landing pad that is perfectly cushioned for the discerning needs of the wealthy New York or New Jersey or Connecticut transplant, combined with tremendous financial incentives,” he said.

— With assistance by Ben Steverman