Residences by Armani Casa is a 60-story project that will reside in 18975 Collins Ave, Sunny Isles Beach. In conjuction with Related Group and Dezer Development the project is scheduled for delivery in 2018.

Cesar Pelli, who designed the Adrienne Arscht Center and Petronas Towers, will be the architect of the project, while Giorgio Armani´s Armani/Casa Interior Design Studio will outfit the interiors. The project will include 260 residences with pricing from $1.5 million to $5.5 million. Unlike Gil Dezer´s other famous development, the Porsche Tower, these residences will feature smaller floorplans ranging from 1,500 to 3,500 square feet.

Being the first time Armani/Casa ventures to the United States, the residences are bound to bring an even larger influx of luxury real estate buyers, the same kind that Porsche Design Tower attracted. 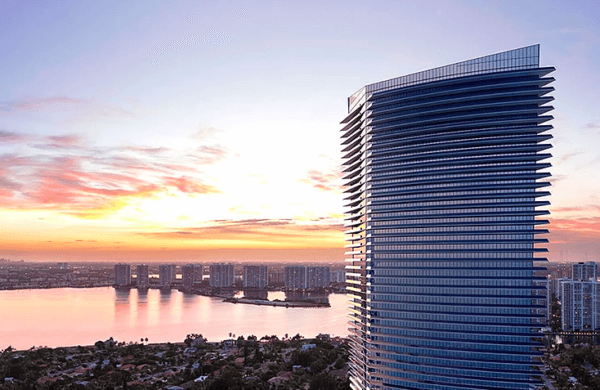 After climbing to its halfway point in March, the upcoming Residences by Armani/Casa condo project in Sunny Isles Beach has officially topped out at 649 feet. Designed by the firm of internationally recognized architect Cesar Pelli, the glassy tower features sleek interiors by Armani/Casa Design Studio and represents the firm’s first self-branded real estate development in the United States.

The tower is on track to deliver 308 high-end residences ranging from 1,350 to 5,820 square feet in size with prices starting around $2 million and soaring to $17 million for the building’s exclusive duplex penthouse unit. The development also includes 35,000-square-feet worth of amenities and a private beach with 300 feet of water frontage.

With the vertical construction milestone reached, Dezer Development and The Related Group are now one step closer to making the 56-story Residences by Armani/Casa a reality. The $1 billion project is slated to open in the fall of 2019. 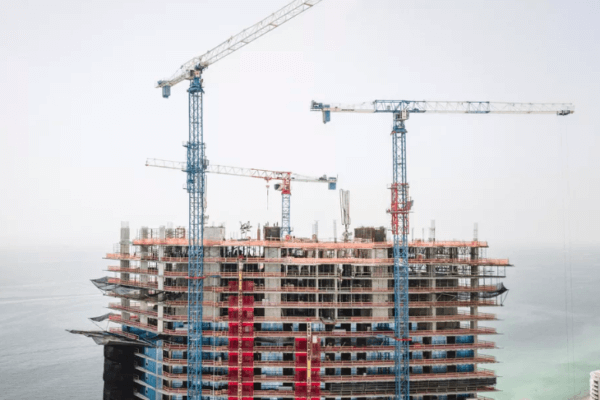